Nursing and epidemics in Australia since 1850, a historically-flavoured Marian Barrett Lecture 2020

Being a nurse is a risky job in the world of COVID-19. To date, more than 1,000 nurses have died after contracting the infection in the course of their work, according to the latest count from the International Council of Nurses. The level of risk has called for rapid responses to ensure the workforce is equipped and workplaces are as safe as possible. 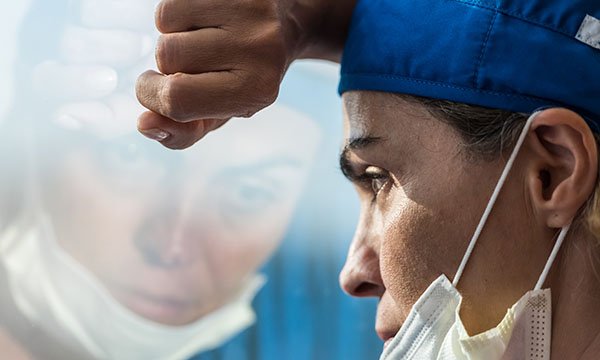 In all places where care is delivered, including private homes and residential aged care centres, gowns, gloves, masks and face shields are mandatory. The regime of personal protective equipment aims to limit exposure to the infection.

In hospitals, novel systems aim to prevent viral droplet spread from infected patients to practitioners. One such system has been designed at the University of Melbourne. The University’s Department of Nursing in the Melbourne School of Health Sciences has played an important role, devising and delivering courses to upskill Registered Nurses for work in critical care arenas. Today’s educational preparation and technologies of care are a far cry from the knowledge and equipment that nurses had at their disposal in the past. Before modern pharmaceuticals, recovery from infectious diseases could depend on good nursing. The concept of “good” nursing in epidemics is the subject of the historically-flavoured Marian Barrett Lecture 2020 to be delivered by Dr Madonna Grehan Honorary Fellow in Nursing at the Melbourne School of Health Sciences.

The History of the Marian Barrett Lecture

The Marian Barrett Lecture is named for the first wife of Sir James William Barrett. Barrett was an alumnus of the University of Melbourne, a medical practitioner and eye specialist. He was a long-serving administrator of the University as a member of its governing Council, as Vice-Chancellor, and Chancellor.

In 1945, James Barrett bequeathed £750 to the University of Melbourne, to go towards establishing a school of nursing. Barrett’s motivations for this gesture are discussed in a recent paper by Dr Grehan “Eliminating the drudge work”: Campaigning for university-based nursing education in Australia 1920-1935. 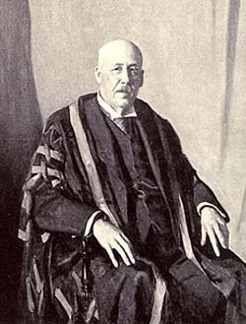 As Grehan explains, throughout his life, Barrett was a vocal critic of Australian nursing and midwifery education. He was convinced that developing nursing’s capacity via a tertiary pathway was key to improving the health of Australians. After witnessing the success of nursing diploma and degree programs in America and Canada in the 1920s, Barrett sought to implement a similar program at the University of Melbourne. While unsuccessful during his lifetime, Barrett’s unwavering belief in nursing’s potential endured, through his exceptional gift to the University in 1945.

Barrett’s £750 endowment was invested. It was revived in 1996, with the opening of the School of Post-Graduate Nursing at the University of Melbourne. Since then, the Marian Barrett Bequest has supported Nursing's annual lecture from a scholar at the forefront of their research field.

The Department of Nursing is therefore delighted to be hosting the Marian Barrett Lecture via Zoom. It’s a significant occasion, as 2020 is the International Year of the Nurse and the Midwife. This year was declared by the World Health Organisation to coincide with the 200th anniversary of the birth of Miss Florence Nightingale a bellwether for modern nursing.

Amid the COVID-19 pandemic, there’ve been few opportunities to pay tribute to the work of nurses and midwives. Alumni, staff, friends of Nursing at the University of Melbourne, and colleagues around the world, are warmly invited to attend this celebratory event.

Find out more about Nursing courses at the University of Melbourne.