UMeyecare has been expanding its services. We have added an extra two paediatric sessions a week and have been seeing more patients seeking advice regarding myopia management. Although we get referrals from a variety of sources, the second opinions from other optometrists are valuable and excellent teaching opportunities. We are happy to provide second opinions and return the patient to the care of the referring practitioner or can follow through on care if the referring practitioner prefers. Following are a couple of recent cases to give you a taste of recent intraprofessional referral we have received and the outcome.

Appointments can be made by ringing 9035 6666 or you can email uni-eyecare@unimelb.edu.au and ask us to make an appointment for the patient.

A 5 ½ year old boy was referred from country Victoria to UMeyecare for an opinion regarding possible Atropine penalisation for amblyopia management.

Six months prior his kindergarten teacher had suspected a strabismus and he had an examination with his local optometrist. A small angle right esotropia (10-12^ unaided) and mild left amblyopia (R: 3/3.8 & L: 3/6 with Lea Shapes) and suppression on Titmus fly testing was found.

He was prescribed full Cycloplegic refraction (R: +1.00/-0.50x180 & L: +1.25DS). There was minimal improvement in left VA and alignment with spectacle wear alone over the first two months. This was followed with 2-3 hour patching for a few months following.

He had improvement in visual acuity to R: 3/3.8 & L: 3/4.8 and rudimentary stereopsis was evident (elevation of Titmus fly wings). There was a persistent small angle (6-7^ esotropia).

At this point, his local optometrist referred the boy to UMeyecare for an opinion regarding Atropine penalisation for his amblyopia as he led an active life and both his (and his parents) quality of life was suffering with patching.

Clinical findings at our assessment were consistent with his local optometrist’s referral letter and a diagnosis of mild left esotropic amblyopia was confirmed.

Discussion regarding the use of Atropine for amblyopia management was had with the young boy and his parents, including potential complications. A handout summarising Atropine use for amblyopia was given and a prescription was provided for use of 1% Atropine in the right eye each weekend (1 drop Saturday and Sunday).

A reply letter was sent to his local optometrist and review was recommended there in six weeks with a plan to watch for more latent plus in the right eye which may become manifest following Atropine use. We also queried the possibility of left anomalous retinal correspondence and counselled the parents regarding the possibility of persistent small angle esotropia. 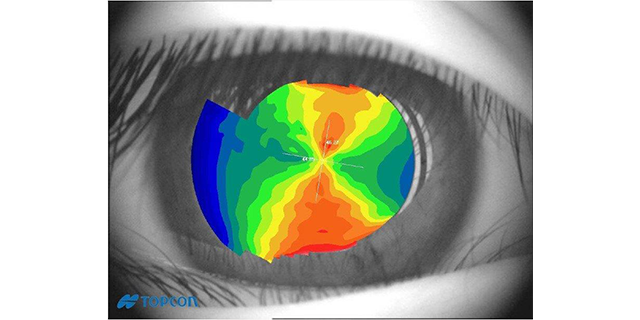 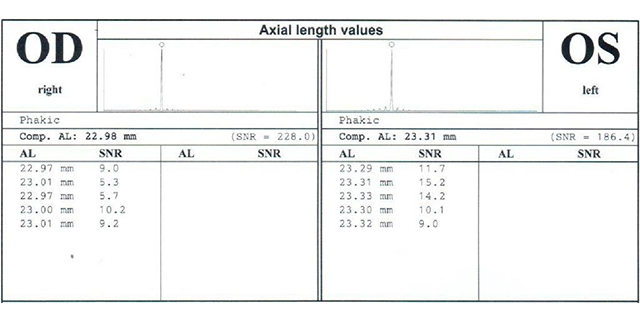 Both parents were of East Asian descent and he was an avid reader. His mother was a -6D myope.

An in depth discussion was had about myopia and why myopia management would be desirable given his risk for higher myopia and associated complications later in life.

Lifestyle modifications of rest breaks and longer working distance for near activities were discussed. An evidence-based conversation about more active intervention options such as dilute Atropine, Or-tho-K and soft multifocal contact lenses was had.

Although the evidence supports greatest efficacy with dilute Atropine or Ortho-K, his parents pre-ferred not to start with these options. They were interested in soft contact lenses as he played lots of sport, so he returned to his regular optometrist to be fitted with centre-distance multifocal contact lenses to hopefully provide modest slowing of myopia progression.

Review at UMeyecare in 12 months for repeat axial length measurements and cycloplegic refraction was recommended. Four to six monthly reviews with his regular optometrist were suggested in the meantime and if there was evidence of rapid progression other options of management could be re-visited.