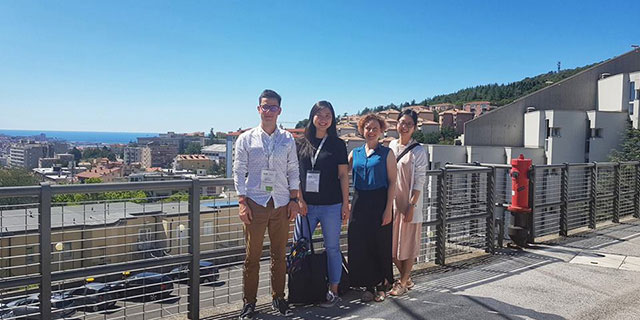 As well as presenting their research work Adela and Janet were also able to spend time with collaborators to the Department in Clément Beugnet (University of Lille, France) and Astrid Zeman (KU Leuven, Belgium) during this event.